Including The Boy Child in Sexual and Reproductive Health Education

HomeIncluding The Boy Child in Sexual and Reproductive Health Education 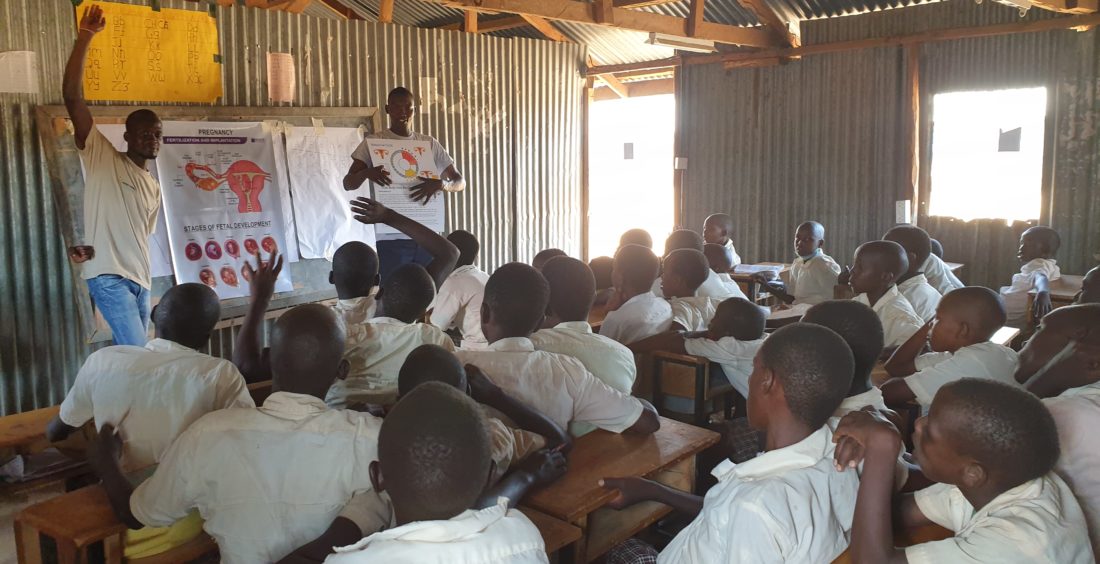 For decades, sexual and reproductive health (SRH) education has concentrated on training the girl child to empower them. However, one of the hardships faced by girls and women in general in a patriarchal society is the lack of equally educated boys/ men in society. Having boys/men who are not educated makes it challenging to achieve meaningful strides in the fight for equal opportunity among boys and girls in vulnerable communities.

When we began sexual and reproductive health education, we focused on educating the girl child. However, as we have continued to educate and counsel the girls, we noted the need for education of the boy child as well. In order to have a society that is conscious of the challenges faced by women, we need to empower the boys with the knowledge required. By educating them, we create allies. This will include the boys in decision making within sexual relationships and encourage them to be accountable for their choices, which will enhance the chances of the girls making responsible decisions as well. For a society to begin to change, we must train not only the girls, but also the boys.

We successfully held the first session with the boys this month, 19th October 2021, when we visited one of the elementary schools in Baringo County. The boys were trained on sexual and reproductive health education by young male trainers from Mundo Posible who are ethnic to the area. As such, the trainers are well versed in the cultural limitations and are able to train the boys while maintaining respect for their culture.

So far, the boys have shown interest in learning more about their own role in the choices faced by girls, and we aim to help them realize that aiding the girls is a crucial role that they need to be actively and positively involved in for a better future.

The vision behind educating boys is to encourage behavior change, and foster decision making that promotes better choices. In a community where women’s rights are determined by a patriarchal system, educating the boys makes room for a future where the men are supportive of women’s rights and the rights of the girl child to equal opportunity of pursuing education. SRH education of the boys enlightens them of their role in the choices that face girls/women, and introduces the aspect accountability among them.

As we pursue SRH education of the boys, we aim to change their perspective with every session.