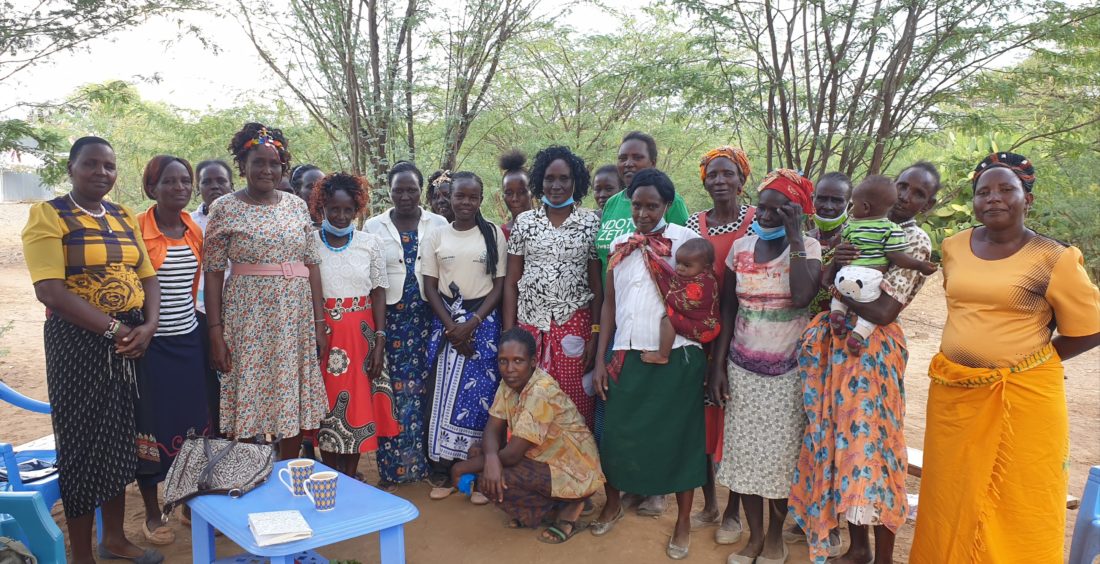 It is six’o clock in the morning and the sun is rising in the horizon. We are starting our trip to a region in Baringo where Internal Displaced People (IDPs) live since 2013, when they were located there because of the water rising of Lake Baringo.

We meet a women group composed by 30 members, they are Ilchamus, a minority ethnic group part of the bigger Maasai ethnic group, who live around Lake Baringo, in Baringo county, Kenya. As part of Ilchamus culture, the women receive us with open arms, and they sing while we walk together towards a big tree, where we will sit down for a long meeting.

Irene Leching’ei, our project officer, is also a Ilchamus young woman, and she addresses the women group directly in their language. We want to know the challenges they have been experiencing all these years since they were moved to the area where they currently live. Most of them lost everything with the raising of the lake: they lost their land, their houses, their animals. For many pastoralists communities in Kenya, livestock is their only source of richness. A family is considered wealthy if they have cows, sheep, or goats, even if they don’t get a drop of milk from them. These women lost all their livestock, since the place where they were reolcated is very dry and doesn’t have enough grass, bushes, or trees to feed the animals.

During 2019, Lake Baringo rose its waters again. This time, the public Primary school where they take their children was completely flooded. Novody has built any new building for the children yet. Where are the children now learning? Under the trees.

But what the women were worrying the most was for their young girls. Now they were living next to urban areas (the small urban city of the subcounty level) and before they were used to rural. Some of her children are already experiencing early pregnancies, and some have gone for abortion, which is completely illegal in Kenya, so it is done in bad and dangerous conditions.

It is not the solution for all their problems, but it is a small initiative than can have a big Impact, and we are putting all our efforts for this to happen.